The lieutenant governor of Illinois was among the first customers to purchase marijuana on the state’s first day of legal sales on Wednesday.

.⁦@LtGovStratton⁩ buys Mindy’s edibles at the 6 am opening of cannabis store in Wrigleyville. She pays with a $100 bill. 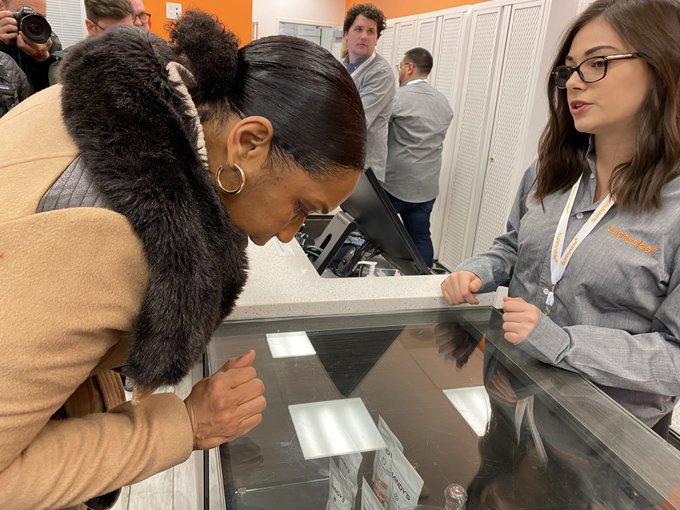 The reform move has been widely welcomed by top lawmakers in the state. But while there’s enthusiasm about the economic and industry potential of the nascent cannabis market, much of the focus has concentrated on social equity and ensuring that communities most impacted by prohibition reap the benefits of legalization.

To that end, Prtizker announced on Tuesday that he had issued more than 11,000 pardons for people previously convicted of low-level marijuana possession.

“We believe the social equity aspects of this legislation should be a model for the entire country,” Stratton said outside of the cannabis shop. “Yesterday, Governor Pritzker pardoned 11,017 low-level cannabis arrests and convictions. That’s just the beginning.”

“We have hundreds of thousands more who will be eligible for having their records expunged. That’s a big deal,” she said.

For too long, IL residents, particularly those that are black & brown, have been targeted and criminalized for #cannabis possession.

Illinois Lieutenant Governor Juliana Stratton joined hundreds of patrons at a Chicago marijuana dispensary on the first day of legal recreational sales. She touted related policy changes, such as expungement of some convictions for weed possession. https://www.wbez.org/shows/wbez-news/illinois-weed-buyers-welcome-2020s-first-legal-sales/45373676-327a-4683-a3d2-92e4d19ea9f4 … 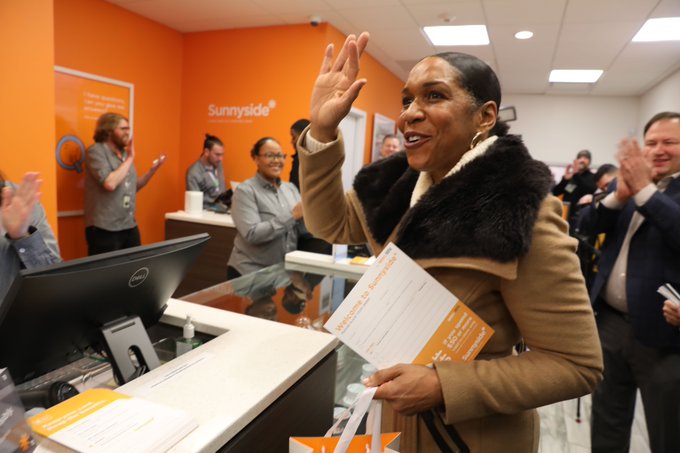 98 people are talking about this

This appears to be the first time a lieutenant governor has publicly purchased marijuana from a state-legal shop. But while there were smiles all around at the Sunnyside shop, not everyone is celebrating.

Kevin Sabet of the prohibitionist group Smart Approaches To Marijuana had a few choice words for Stratton.

“What a wonderful example for the children of Illinois,” he sarcastically wrote in a tweet about the lieutenant governor’s cannabis purchase.

.⁦@LtGovStratton⁩ buys Mindy’s edibles at the 6 am opening of cannabis store in Wrigleyville. She pays with a $100 bill.